Globally, the Yakima RackPack lives adventure. Different people following incredible passions, they roll up some serious kilometres doing some awesome stuff and carrying a heap of gear. Plus, they share what they learn. Check out and follow our newest German RackPack, get inspired and learn how to rack and pack like a pro! 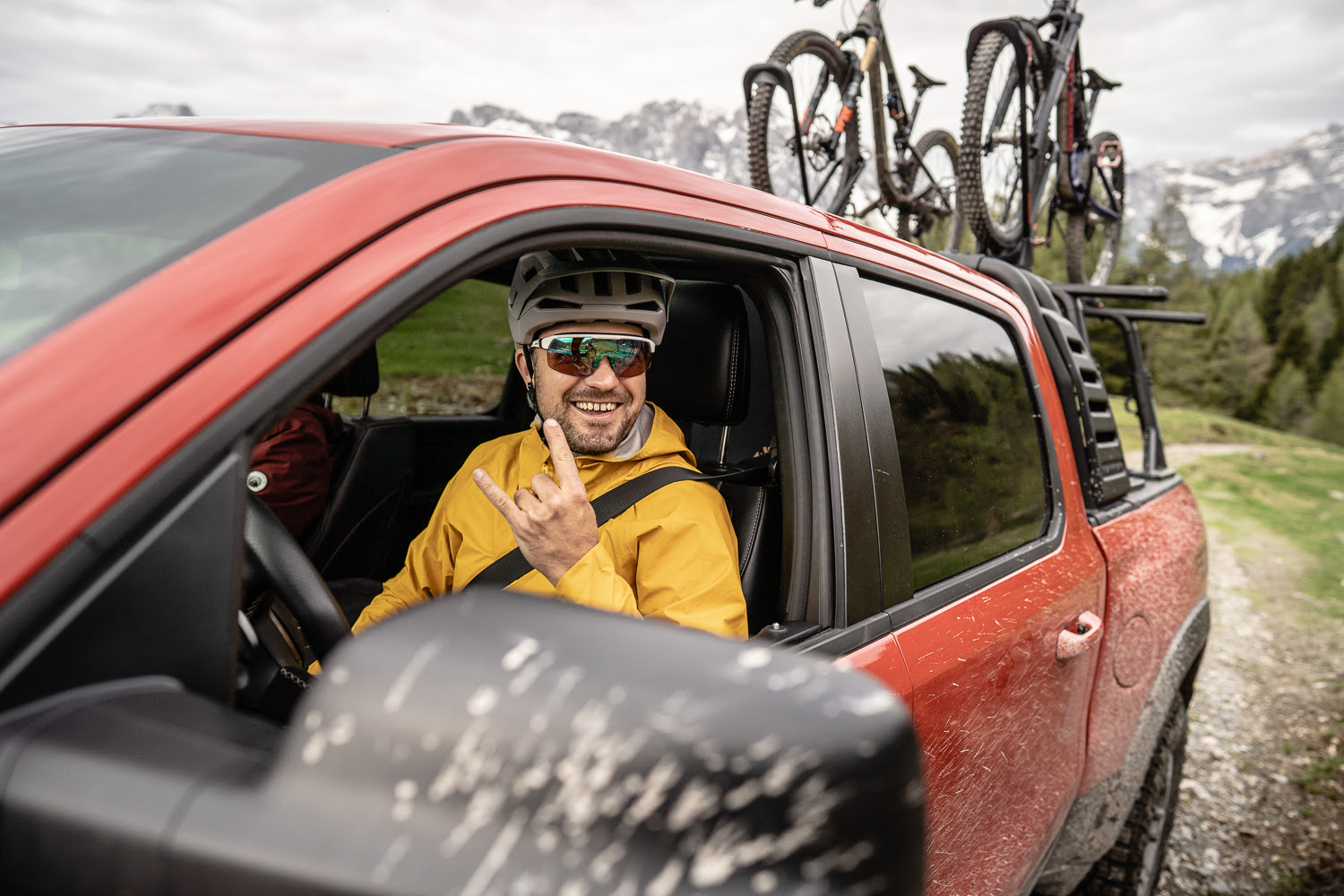 Art of riding. This is what Florian Konietzko called his driving technique school. Mountain bikers can take their skills to a new level there. With a relaxed coach who masters his bike almost to perfection. Flo also takes care of the public relations work for various bike brands and in this role is practically constantly on tour. "If I can somehow, I try to avoid spending the night in a hotel," he says - and prefers to pitch his Yakima Skyrise roof tent on the driver's cab of his pickup in the open air. 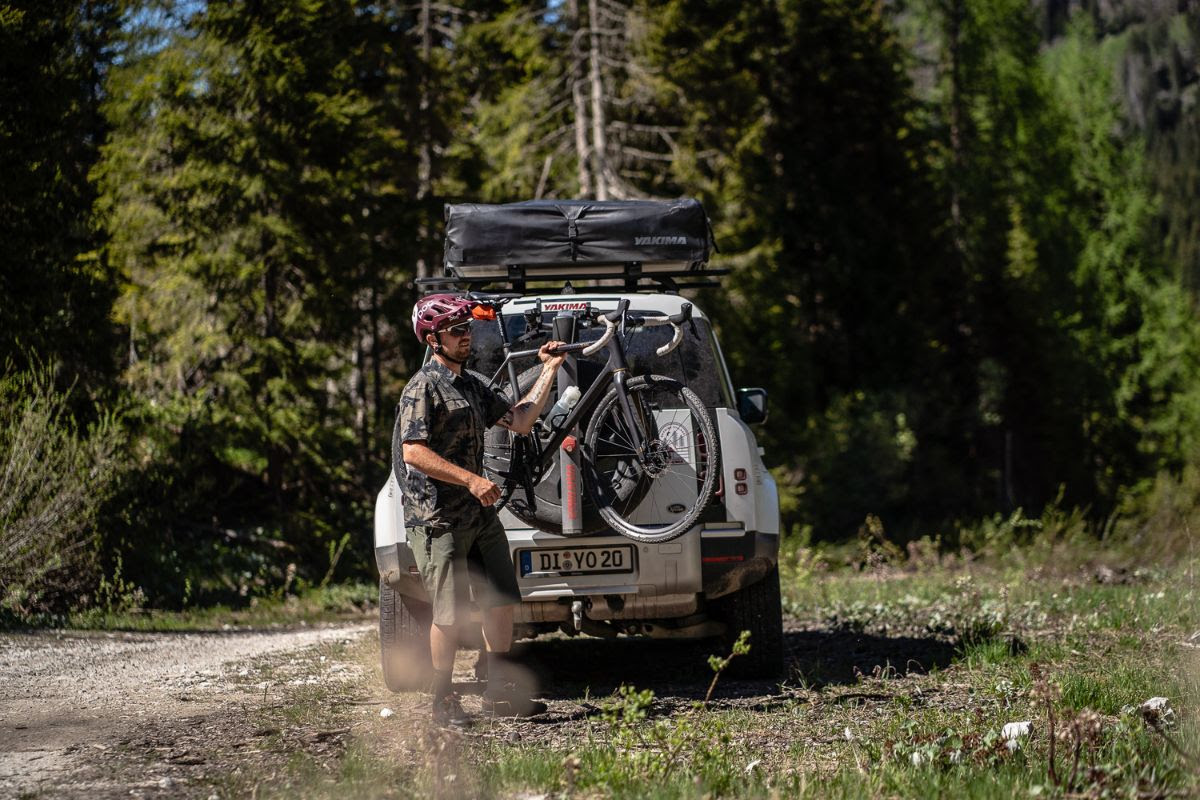 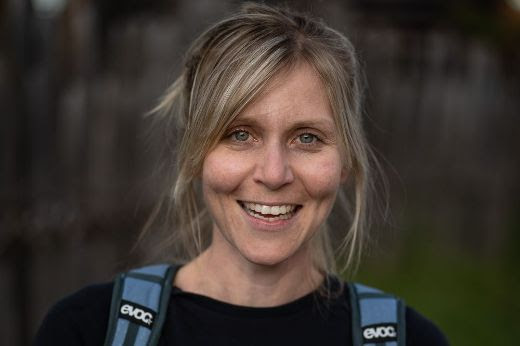 If a day had 48 hours, it would probably not be long enough for Julia Hofmann. She is always on the move, mostly on a mountain bike. But she also knows every screw on her wheels - and especially on her four-wheeled vehicle fleet, in which the old Land Rover Defender became her trademark. She is now a happy mother and has taken over the Seebauer campsite in Chiemgau with her husband Daniel Schäfer - which now also has a Yakima Skyrise Village with three tents. 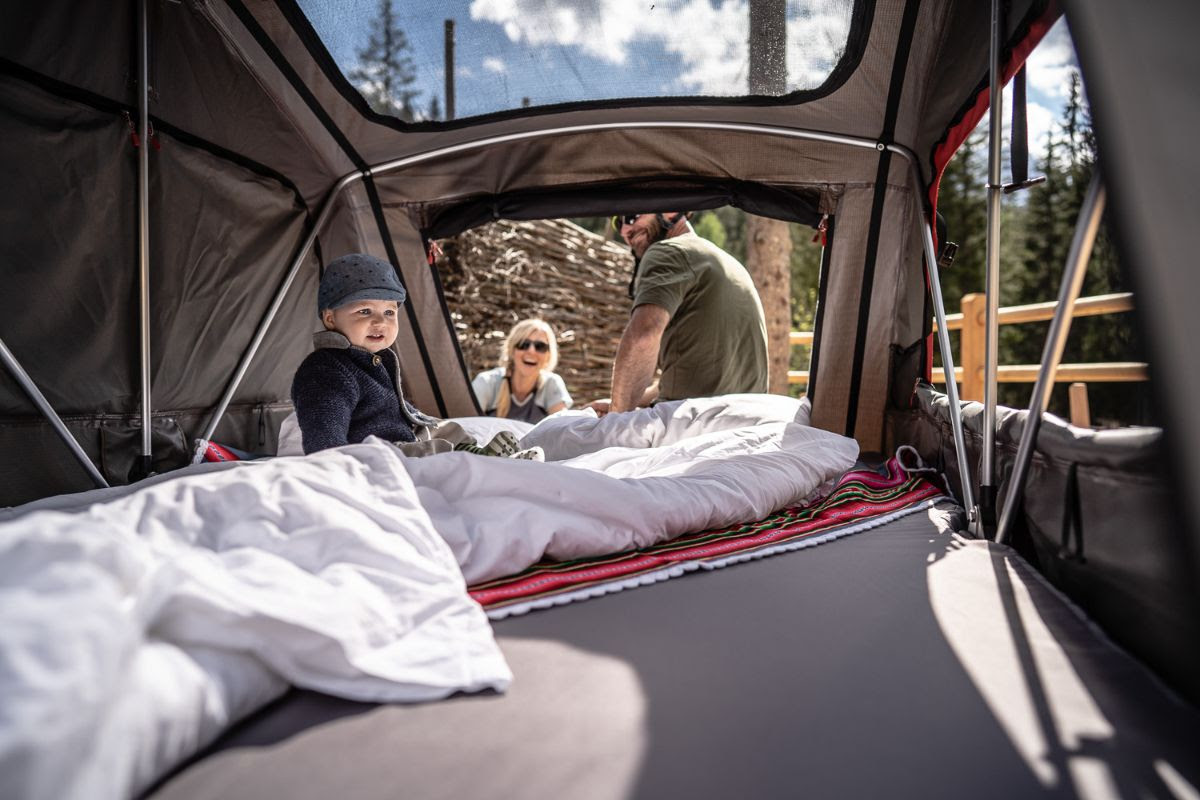 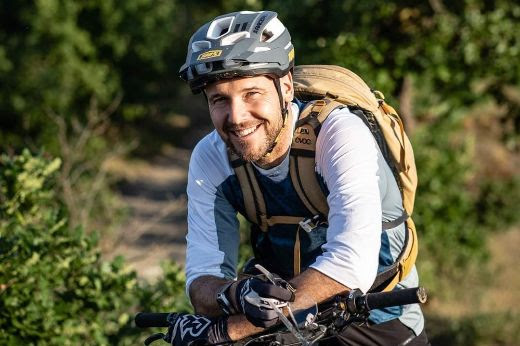 Anyone who goes mountain biking with Dennis Stratmann usually only sees his rear wheel. And only for a short time. Because Dennis was once German downhill champion and has only lost a little of his speed. This also sets him apart as a photographer. Many of his photos have been published in MOUNTAINBIKE magazine in recent years. And Dennis is now also working as a photographer for us here at Yakima. When he goes to his shoots, he appreciates the convenience of the Yakima Towballracks , which he can use to transport his bike without any problems. And when he takes it from the carrier, he has it ready to ride again immediately. Because for Dennis, speed is what counts. 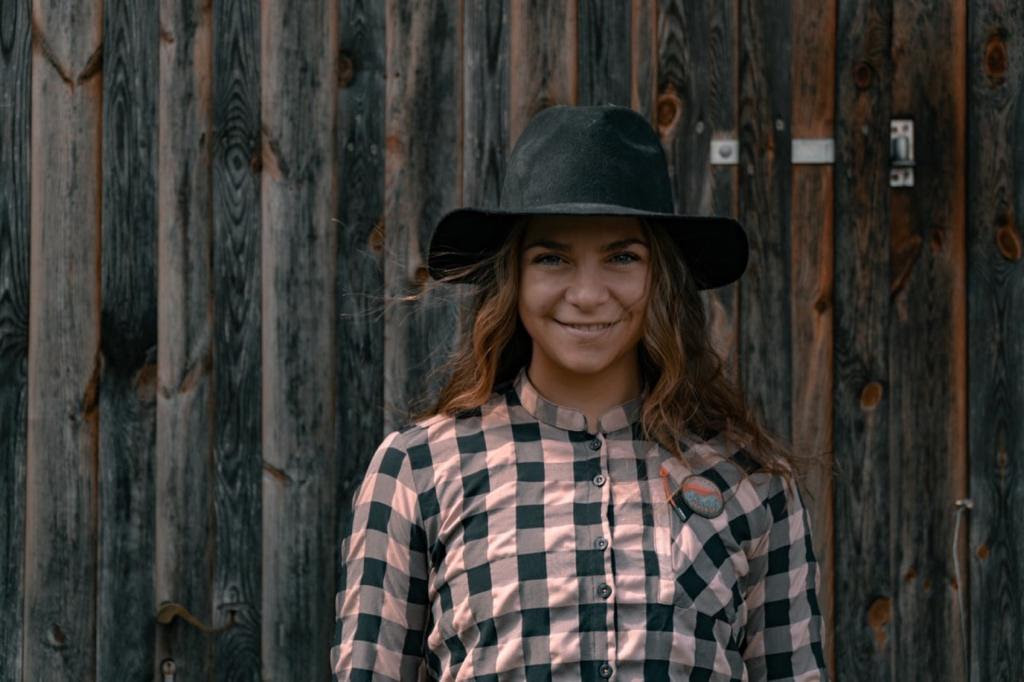 Anyone who knows the Bikepark Samerberg probably also knows Monica Gasbichler. As a passionate winter sports enthusiast, she only got into mountain biking five years ago. “I really can't say what I prefer to do today,” she says. Biking in summer and skiing in winter - that is their Solomonic solution. Either way, she's actually always outside - and above all constantly on the move. And whenever possible, she sets up her Yakima Skyrise tent on the roof of her caddy to spend the night. 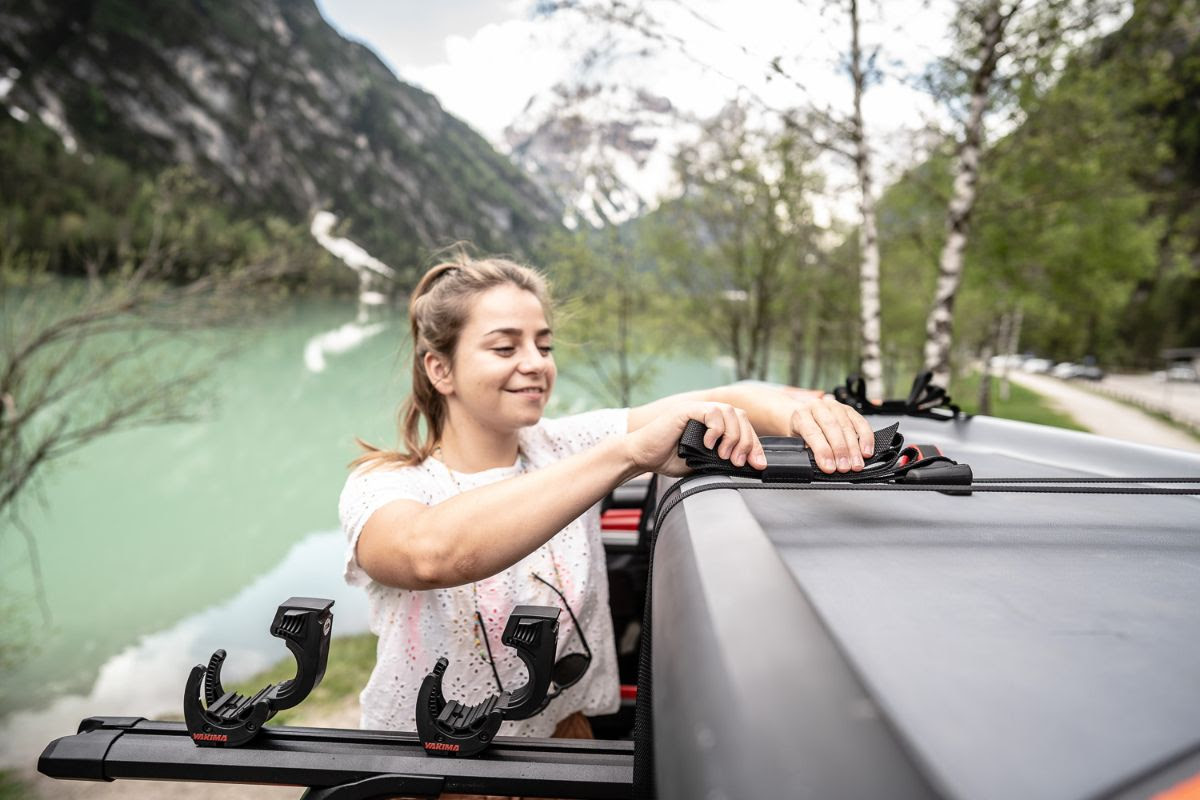